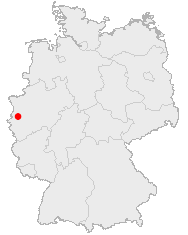 Schloss Rheydt is a moated castle in Niederrhein and is building of historic importance. 1591, the building was finished. 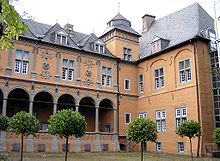 The stadium of Borussia Mönchengladbach, the local football team. It’s maximum capacity of visitors is 54.022.  https://www.borussia.de/de/startseite.html

The shopping center ‘Minto’. It opened on March 26th 2015. There are 104 stores and it is the first four stars shopping center in Germany. It is located in the city center. http://minto.de/

The catholic church in the middle of the city of Mönchengladbach was buildt in 800 A.D.In 1974 the pope Paul VI visited the Münster and elevated it to the rank of Minor Basilica because of the 1000th anniversary.